10-8-2020
Our website is currently undergoing reformatting. If you come across a page that doesn't quite look right, it's us, not you. Thanks for understanding.

Dr. Joseph Callanan is one of our community's medical treasures. After finishing his medical degree in 1965 at the University of New York Buffalo, he was sent to the frontlines of the Vietnam War to serve as a battalion surgeon, receiving a Bronze Star and Combat Medic Badge.

Dr. Callanan has been involved in multiple roles of leadership to the medical community. He was honored as the John A. Edwards MD Memorial Award "Doctor of the Year" by ACMS in 1992 for his outstanding contributions and years of support for our Winter Clinics. He was the Ada County Medical Society's president from 1980-1981, the Idaho Medical Association president from 1994-1995 and was an active mentor in the lives of younger physicians.

He returned to finish his residency at Oregon Health Sciences University and an Allergy & Immunology fellowship at the University of Michigan finishing in 1971. He started his independent allergy and internal medicine practice in 1971, naming it The Boise Valley Allergy and Asthma Clinic in 1990 and later formed The Allergy Group.

He was also active in high school physicals and the volunteer physician’s specialty network over the years. In his retirement, you can still often find him at Grand Rounds and on the golf course. Dr. Callanan has four children and nine grandchildren.

Dr. Callanan was awarded the ACMS Physician of the Year Award in 2016. 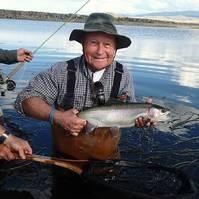